Dr. Peter Thuo, general manager of ERHC Energy Kenya, was prominently featured in the article, "Africa's oil and gas boom," in the latest issue of Logistics Update Africa. Download the article by clicking the image of the cover.

In the article, Dr. Thuo is quoted as saying:

"East Africa is the new emerging petroleum province. There have been spectacular exploration successes in teh Tertiary Rift basins of Uganda and Kenya where oil and gas has been discovered as well as in the continental margin off Mozambique and Tanzania where multi-trillioncubic feet of gas has been discovered." 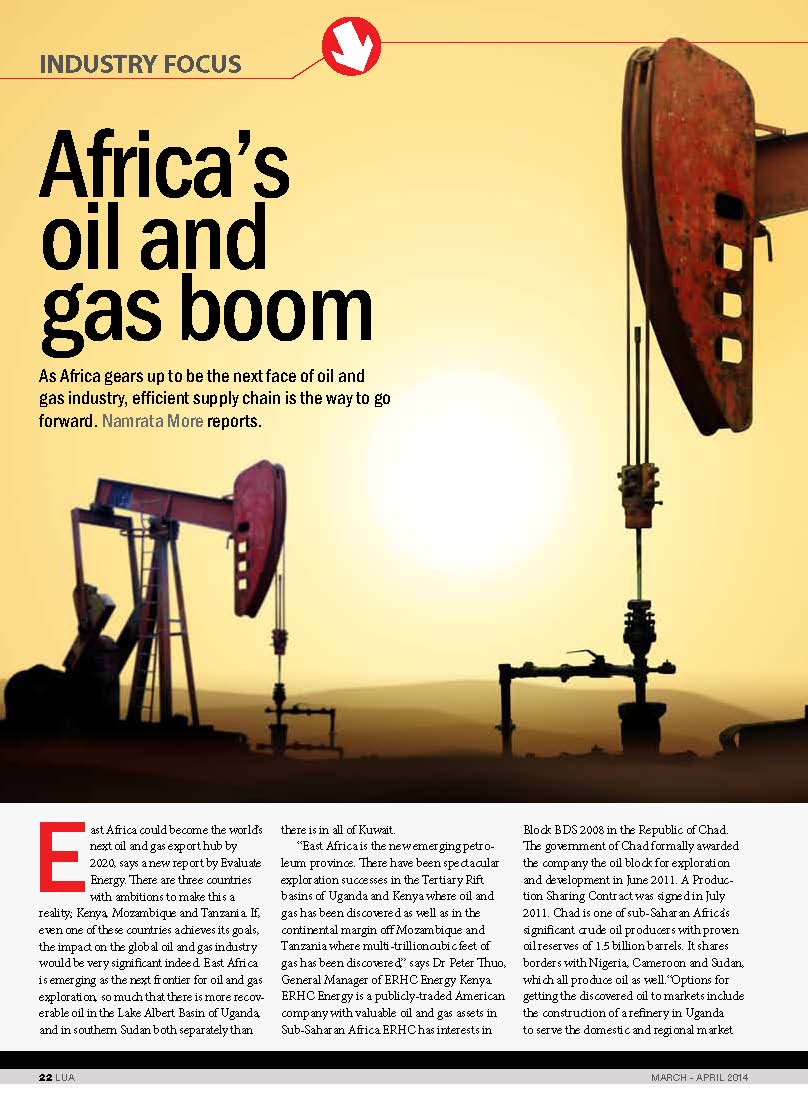 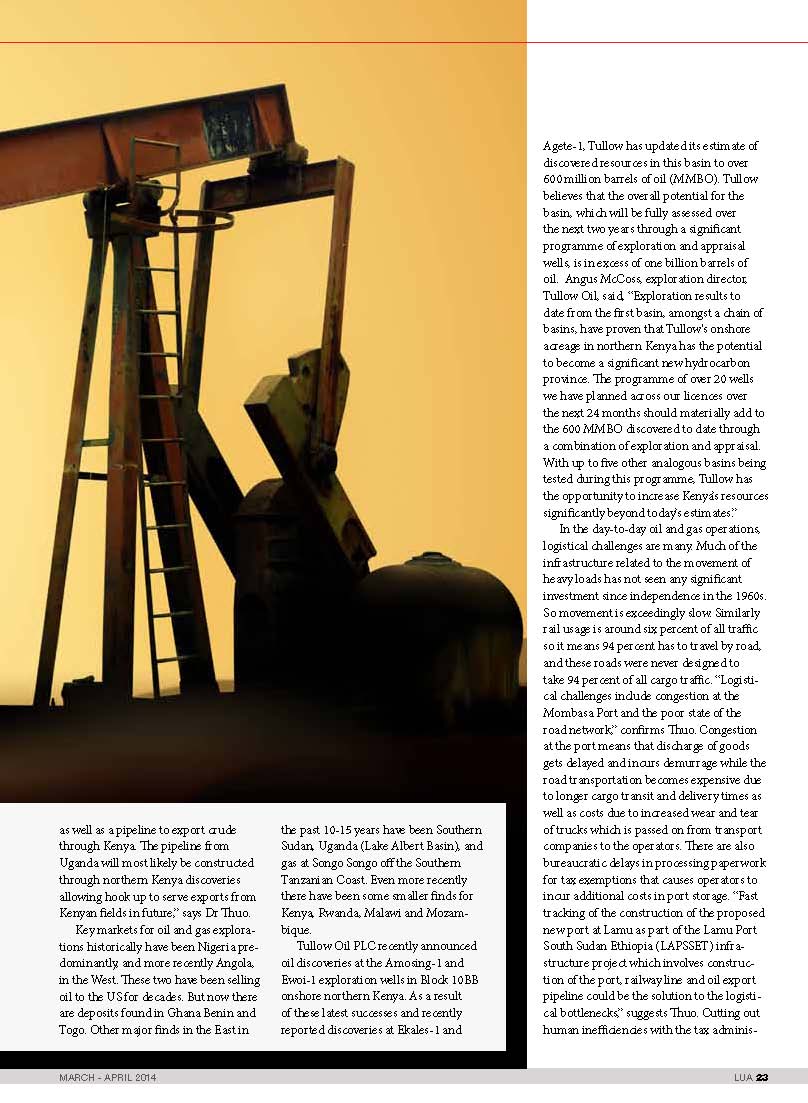 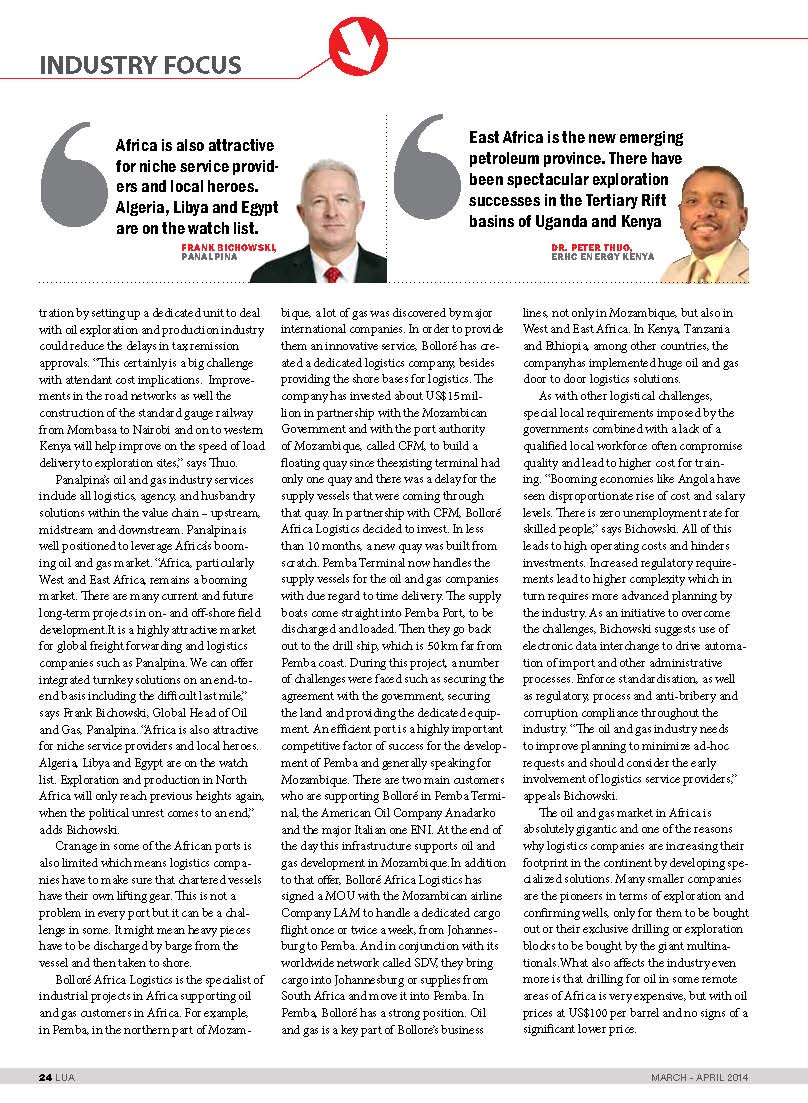 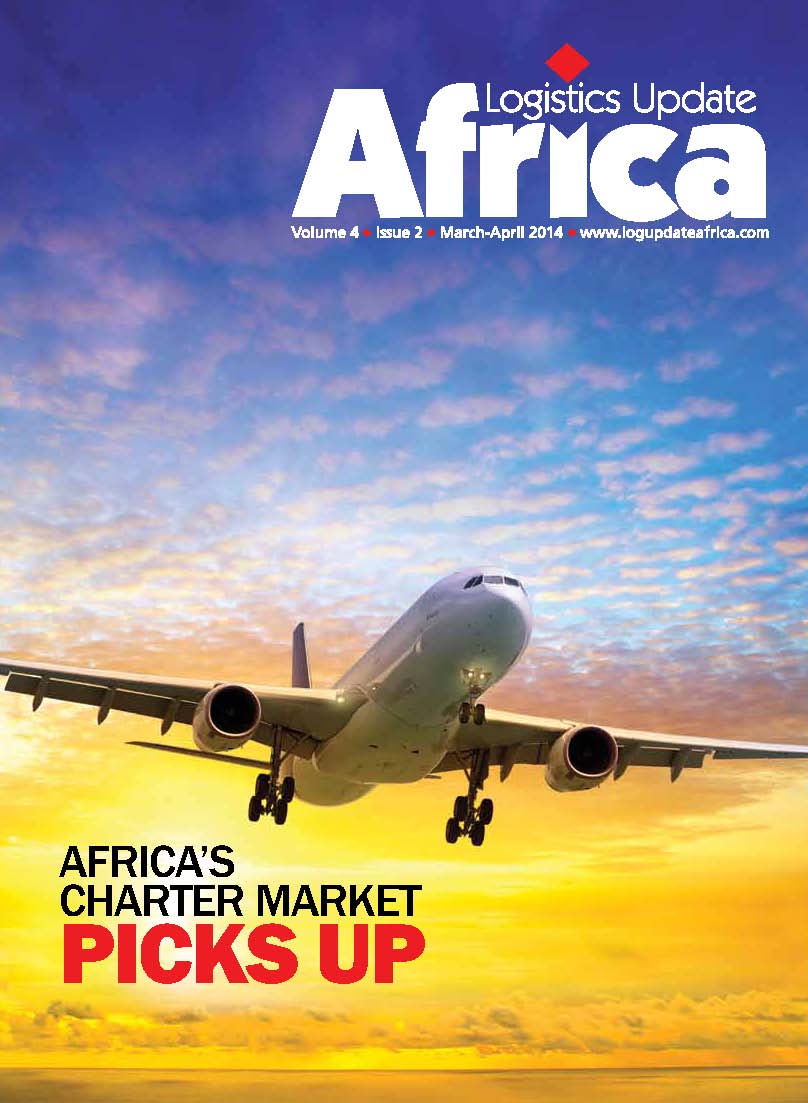