1. Kenya Block 11A – The exploration team is making steady progress toward drilling during the current "First Additional Phase" of exploration. 2D seismic mapping has been completed. To date, over a dozen structural prospects and leads have been identified and supported. The parties' technical team is calculating volumetrics for identified prospects and leads in the Block, which will help determine the location of the first well.

Our 2015 work program includes securing the requisite drilling rig, determining the location for drilling the first exploration well, completing an Environmental Impact Assessment for the drilling location and developing the well design. The work program is underway with long lead items for well operations already tendered. Drilling of the first exploration well is expected during the first quarter of 2016, if all conditions precedent are met.

We continue to work with Deloitte Corporate Finance LLC (DCF) on a further farm-down of our interest in the Block. Selling stakes in acreage to other companies is common practice in the oil industry to spread risk and exploration and development cost. DCF's involvement continues to assist this process.

2. Chad Block BDS 2008 – ERHC's exploration team has commenced planning toward 2-D seismic acquisition. The information gathered through an airborne gravity/magnetic survey of the Block in Southern Chad proved to be a significant improvement on prior data. ERHC's sub-contractor, Bridgeporth Ltd., a specialist geosciences company, completed the survey during the fourth quarter of 2014, confirming the preliminary leads and revealing additional targets.  To view an image from ERHC's Chad survey, click: http://erhc.com/media/files/files/41359672/ERHC-Chad-Survey.jpg. 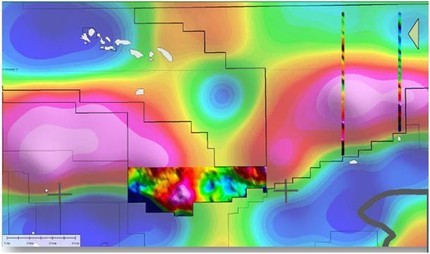 Interpretation of the survey reveals the following:

•     The study confirmed the graben edge in the southwest portion of the survey.

•     Two regional lines were recorded to the east in a north-south orientation. These suggest the possibility that there may be a previously unrecognized rift basin in the north east portion of BDS 2008.

•     In general, the aero gravity and magnetic data showed three dominant trends; East-west associated with the Doseo, Doba and Bongor grabens and a conjugate set of fabric oriented NE-SW and NNW-SSE.

•     The time structure map at the top Lower Cretaceous objective extends into BDS 2008 giving rise to the faulted Leads A and B (in Focus Area 2) with maximum closure areas of 44,000 and 15,600 acres respectively.

•     Based on the survey, total PIIP for Focus Area 2 alone in a best case scenario has been estimated at 278 million barrels (with a high case of 876 million barrels).  It is expected that estimates for ERHC's two focus areas might be even further enhanced by seismic work, the next activity in the work program.

ERHC currently holds a 100 percent interest in BDS 2008. As we did with the JDZ and Kenya Block 11A, ERHC continues to explore a farm-out to spread risk. The Chad acreage is also within the scope of DCF's engagement and we continue to work with them to find suitable farm-out or joint venture partners.

Concurrently, the Company continues to review the viability of its two offshore Blocks in the EEZ, particularly given the prevalent downturn in global oil prices.

As shareholders are probably aware, the drop in oil prices has tempered the enthusiasm among International operating companies (IOCs) for deep offshore exploration, especially in frontier areas. We continue to hold discussions with prospective partners, including an IOC to whom ERHC in December granted first right of refusal for a farm-out for a period of six months.

4. Oil & Gas Industry – For the first time in many months, oil prices have moved up in recent days but still remain more than 50 percent below prices as late as June last year. With oil inventories at historic highs, the oil exploration industry remains in a state of flux. Many IOCs have slashed exploration budgets for 2015 and exited exploration acreage completely. Junior exploration companies like ERHC have are now significantly challenged to raise exploration funding either by farmouts or issuance of corporate equity.

ERHC is, however, working hard to attract new strategic investors who can bring not just significant new funding but also new synergies to revitalize the Company's business plan. We believe that current market conditions provide a unique opportunity for a savvy investor interested in African exploration, and oil and gas generally, to acquire a significant stake in ERHC for a price that would have been a bargain just a few months ago..

Those with questions are encouraged to reference the Company's SEC filings, which are available at http://erhc.com/secfilings/ or contact Daniel Keeney, ERHC's investor relations representative, at dan@dpkpr.com.