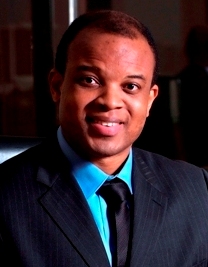 I am happy to report that ERHC and the National Petroleum  Agency of São Tomé and Príncipe (ANP-STP) continue to make meaningful progress on the most critical terms of the Production Sharing Contracts (PSCs) for the Company’s two exploration Blocks in the EEZ. We participated in an intensive two-day face-to-face round of PSC negotiations with the ANP-STP in São Tomé at the end of February in respect of ERHC’s 100 percent working interests in EEZ Blocks 4 and 11.

While there, ERHC representatives had the opportunity to be part of the crowd at the Estádio Nacional 12 de Julho that watched the São Tomé and Príncipe National Soccer Team win 2-1 in their African Cup of Nations qualifier against Sierra Leone. It was a good opportunity for ERHC to visibly identify with its host community and firm up social relations. Many congratulations to the São Tomé and Príncipe team whose results in this round of qualifiers have been impressive.

The one-year extension of Exploration Phase 1 in JDZ Blocks 2, 3 and 4 expired this week. The contracting parties and the Joint Development Authority have been meeting to determine the way forward. When final resolutions are reached and formalized, ERHC will inform shareholders.

Earlier this year, we explained the following three potential courses of action:

ERHC management continues to work closely with all interested parties to advance the interests of the Company and shareholders in these matters.

Meanwhile, Total is expected to commence drilling in JDZ Block 1 before the end of March. Last year, Total announced it would invest $200 million in drilling two wells in JDZ Block 1 this spring. Even though ERHC does not have interests in JDZ Block 1, having an experienced and respected major such as Total actively drilling in the region reflects positively on the JDZ as a whole.

ERHC's preparations for the commencement of its oil and gas exploration work program for the Chari-Ouest III, BDS 2008 and Manga blocks  is continuing to gather steam. Last week, our request for expressions of interest for conducting environmental impact assessment (EIA) for the work program was advertised internationally, including, notably, in Upstream, the international industry newspaper. More information is available by visitinghttp://erhc.com/news/environmental-impact-assessement-in-chad/.

ERHC is also seeking expressions of interest from qualified contracting companies to conduct seismic work and gravity and magnetic studies, which will be the focus of the first 18 months of the work program.

In the past few days, Mr. Martin Wensrich has joined ERHC's technical team. Mr. Wensrich is an experienced geoscientist and a proven oil finder with over 36 years in the industry. Mr. Wensrich's skills and experience will be applied to the Chad exploration program in particular.

In recent months, we have rapidly grown ERHC's executive technical team with the addition of several highly qualified and experienced technical professionals. This is an important aspect of ERHC's announced strategy of transforming itself from an offshore-focused, non-operating company to a company with both onshore and offshore assets, some of which it operates in its own right.

ERHC has filed the Proxy Statement for the Annual Meeting of Shareholders, which will take place at 3:00 p.m. on Thursday, April 26, 2012. The date of the meeting was changed from April 24, 2012 which we earlier announced to the new date of April 26, 2012 for more cost-efficient logistics. The meeting will be held at The Renaissance Houston Hotel, 6 Greenway Plaza East, in Houston, Texas. The Proxy Statement is posted athttp://www.sec.gov/Archives/edgar/data/799235/000114036112015211/formdef14a.htm.

Shareholders of record of shares of ERHC Common Stock as of the close of business on March 26, 2012, are entitled to participate in and vote at the meeting. Agenda items include the election of five Directors, the ratification of MaloneBailey, LLP as the Company’s independent accountants for the 2012 fiscal year and other matters that may properly come before the meeting. We hope you are able to join us and look forward to greeting as many shareholders as possible in person.

Thank you all for your continued interest in ERHC and your trust.