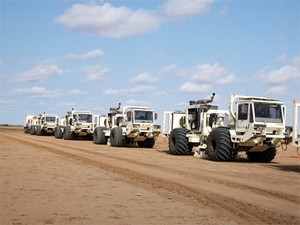 BGP, one of the world’s leading geophysical service companies, was chosen from a shortlist of several companies that met the strict criteria for conducting a 2D seismic survey of at least 1,000 line kilometers in the Block in compliance with the Company’s work program. BGP has completed similar surveys in numerous Blocks throughout Kenya.

Seismic surveys are used to identify drilling targets. ERHC’s 2D seismic survey in Block 11A will be premised on structural mapping of prospective basins enabled by ERHC’s recently completed FTG survey of the Block. The FTG survey covered 14,943.8 line kilometers of the Block.

Block 11A is located to the northwest of the Lokichar Basin where the significant Ekales-1, Ngamia-1 and Twiga South-1 oil discoveries were drilled. A farm-out agreement with a renowned integrated oil and gas company, which includes a carry and other consideration, is pending final regulatory approval.