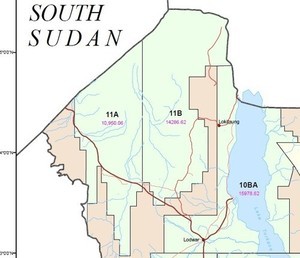 The seismic survey, paired with the structural mapping of prospective basins from a Full Tensor Gravity Gradiometry (FTG) survey completed last winter, will help to identify potential drilling targets in Block 11A.

"Interpretation of the seismic data is not yet complete, but we can say we are encouraged," said Dr. Peter Thuo, General Manager of ERHC Kenya Ltd.

ERHC holds a 35 percent interest in Block 11A after farming out a 55 percent stake to CEPSA. The Block is situated in northwest Kenya, northwest of the significant Ekales-1, Agete-1, Etuko-1, Ngamia-1 and Twiga South-1 oil discoveries.

CEPSA is an energy group, 100% owned by International Investment Petroleum Company (IPIC), which employs more than 10,000 professionals working at all stages in the hydrocarbon value chain: exploration and production of oil and gas, refining, transportation and marketing of petroleum and natural gas derivatives, biofuels, co-generation and marketing of electricity. CEPSA has developed a significant petrochemicals department that is highly integrated with its petroleum refining business, where it manufactures and sells raw materials for the production of high added-value products that are used primarily for the processing of new generation plastics and biodegradable detergents. It has a major presence in Spain and, thanks to the gradual internationalization of its activities, also operates in Algeria, Brazil, Canada, Colombia, Kenya, Liberia, Malaysia, Panama, Peru, Portugal, Suriname and Thailand, selling its products throughout the world.